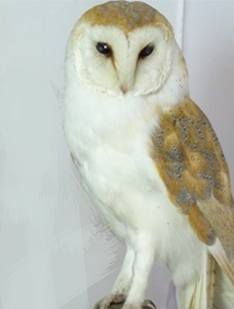 Taxidermy as an art form has been popular since the 18th century, and over time has progressed to such a standard that we see today. Whilst originally it was predominantly used as a method for hunters to display their trophies, during the Victorian Era it became very popular as a part of interior design and décor. In the early 20th century taxidermists started to develop anatomically accurate figures which incorporated every detail in artistically interesting poses, with mounts in realistic settings and poses that were considered more appropriate for the species.

Here at St Mary's Books we have a wide range of taxidermy all available to purchase. With both larger instantly eye-catching pieces such as boxing hares and smaller birds such as robins for the intricate detail there is something for every taste and intention. A lot of our taxidermy is 'new' and therefore highly prized for its good condition. However on the flip side we also stock older more collectable taxidermy pieces, specialising in named pieces such as Rowland Ward, and Peter Spicer. We also do commissions, in cases where someone wants a very specific piece - a stoat with a mouse in its mouth, or a fox in a particular position for example, we work to achieve the exact piece that is sought after. This includes instances where a bird or animal has been found, we can stuff and mount it to please your specifications.

Glass domes are available on request, something that particularly accentuates birds of prey such as owls and buzzards. We can provide domes for any of the pieces that we stock, but can also do them made to measure for any taxidermy that is already owned. Where a dome is already owned, but has become discoloured and worn over time we are able to re-set and restore them without replacing it with something entirely new.

If you have found a carcase, particularly birds of prey, but do not want it as a taxidermy piece for yourself, we will still take it from you providing it is in reasonable condition and been kept frozen.

St Mary's Books are one of the leading stockists of taxidermy in the country. We are able to ship taxidermy world wide and we pride ourselves on the quality of service that we offer.